With cigar chomping Fidel Castro at the wheel, Cuba has been defying the USA for decades without ever declaring open war. Both countries have imposed sanctions and trade blockades like they were going out of style, leading to a resource-strangled Cuba and a not-very-affected-economically-but-quite-embarrassed United States. It seems the CIA decided it would be a lot easier for everyone if Fidel was dead, and have poured a lot of time and money into attempts to make it so. END_OF_DOCUMENT_TOKEN_TO_BE_REPLACED

If you’ve read any of my posts, you’ll probably have realised I’m from England. I know we have some odd phrases here in Blighty, so I’m going to try and explain some of the phrases I have previously peppered my writing with. Right, let’s get on with. In at the deep end…

Bugger: to bugger someone would mean sodomy… although bizarrely this is used by Brits all the time, even by little old ladies sipping cups of tea.

Knob head: an insult used to insinuate that the person to which you are referring does in fact have a penis upon their forehead. Can be used equally in the middle of a furious argument, or as a greeting between friends

Bloody: used in situations when it’s not quite cricket to say ‘fucking’

Not quite cricket: not okay

Getting on my wick: pissing me off

Just an excuse to have a photo of Emilia Clarke here. Sigh.

A view can be lush. So can a person. A view can’t be fit, though. That’d be weird.

Wankered: not to be confused with wank, to be wankered means – surprise surprise – to be drunk.

Nowt (North England only): pronounced to rhyme with ‘about’, it means ‘nothing’. Used only in spoken conversation. Example:

“What are you doing later?”

“Nowt, shall we do something?”

Owt (North England only): anything – the opposite of nowt.

That concludes today’s lesson, you pack of divs. Now I’m proper bored of spending all day doing nowt and it’s doing my head in, so I’m off to get off my tits. Ta ta, now!

Day 8 of my Cuba diary. The misadventures of Trinidad are in the past, my oafish drunkenness is behind me. Things were looking up. Oh, hang on. That’s not true at all. Tits.

END_OF_DOCUMENT_TOKEN_TO_BE_REPLACED

On my sixth day in Cuba I bid farewell to my German travel companions and it turns out that was  terrible idea resulting in one of the most profoundly humiliating evenings of my life. When you’ve read today’s diary entry, consider this: it actually gets worse. Enjoy!

END_OF_DOCUMENT_TOKEN_TO_BE_REPLACED

The fifth day of my Cuban adventure, and things are going awry pretty quickly. At this point I was already sun burnt to hell, running out of money, and halfway across the country with no plan of where I was heading. And it gets worse. Oooh, so much worse. Enjoy!

END_OF_DOCUMENT_TOKEN_TO_BE_REPLACED

On the third day of my Cuban trip, I visited Varadero. DON’T GO THERE. It is shit.

END_OF_DOCUMENT_TOKEN_TO_BE_REPLACED

(What’s that? It’s pompous and narcissistic for a blog post to have a foreword? Oh. Well, it’s too late now.)

Before you say anything, shut up. I know this isn’t directly backpacking related. Well, I originally wrote this article for a client at work, but they didn’t feel comfortable publishing it, which, once you’ve read it, may seem reasonable. So I’ve claimed it back and put in all the obscenities that I originally wanted. Plus, it does mention a lot of countries, so it’s cultural. Look, just stop whining and read the damn thing.

Car manufacturers are a peculiar bunch. After spending thousands of hours and millions of pounds on developing a gleaming new car, lovingly polished and refined with fanatical precision and painstaking attention to detail, what in the name of all that is holy could possess a company to name their car the “Honker”? (Looking at you, Daewoo)

Fortunately for us, this keeps happening again and again, as marketing teams excitedly come up with names for cars that probably sounded great and dynamic after a couple of beers on a Friday lunch time, but in the sober light of Monday morning are hilariously dreadful. I’m proud to present to you the most ill thought out, bumbling, and just downright offensive car names out there.

What’s that tearing down the highway in the distance? Kicking up dust clouds behind it, engine roaring, it’s… it’s… it’s the Mitsubishi Lettuce. While the name doesn’t exactly conjure up images of automotive power (or anything at all beyond leafy vegetables), it could have been worse. Let’s just hope there’s no Mitsubishi Cabbage in the works.

Perhaps ‘Sharan’ sounds exotic to European ears, with its vaguely Persian sound conjuring up images of exotic locations. In old Blighty, however, no matter how Volkswagen tell us to pronounce it, it still just sounds like Sharon, the gruff dinner lady from your old high school. 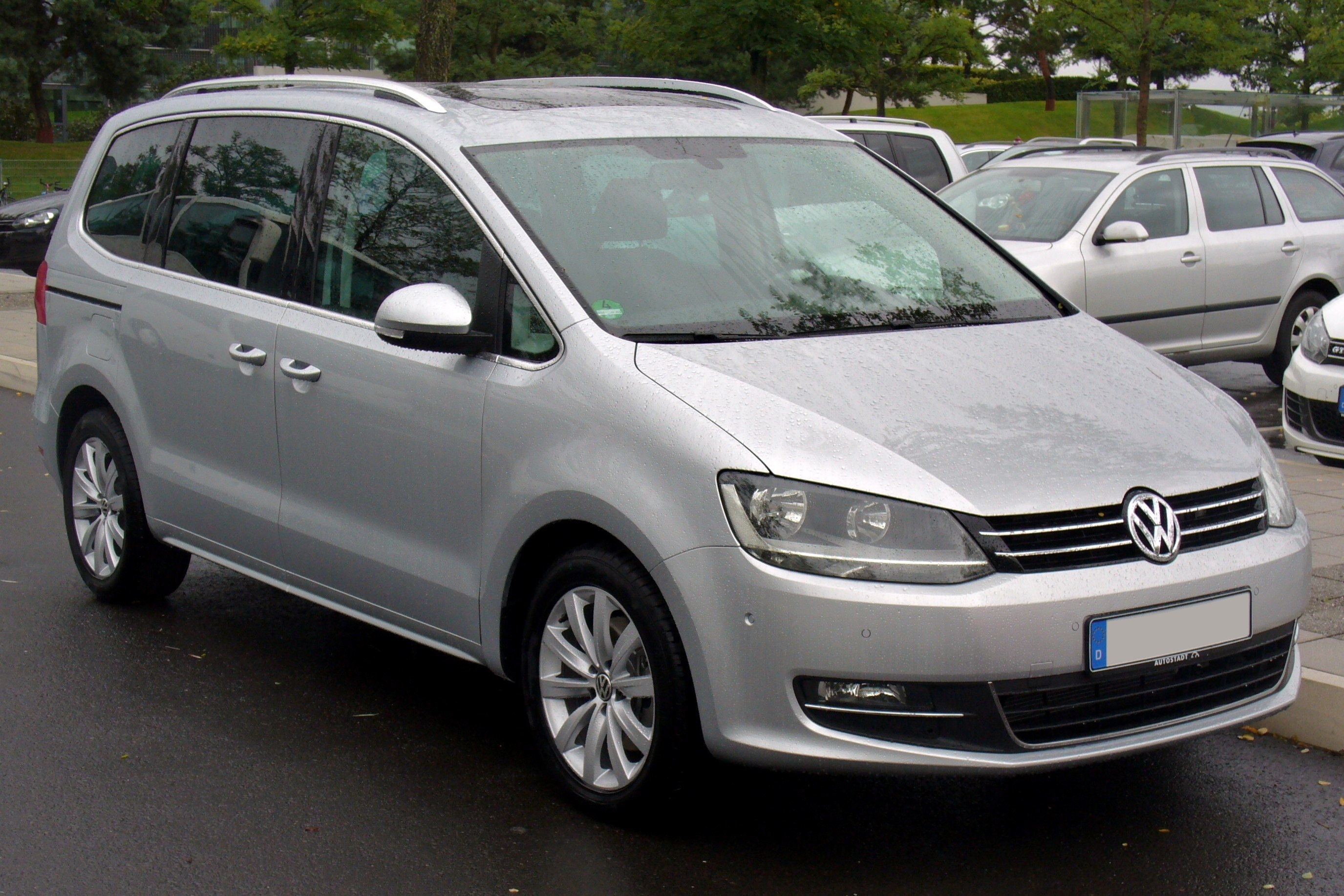 What is Diahatsu hiding from us?!

Perhaps the charade is pretending it doesn’t look like Roy Cropper’s handbag on wheels.

You can imagine the VW execs, all clipboards and white coats, putting the final weld on their new vehicle, then stepping back in horror as the engine roars into life and lightning cracks the sky.

“What have we done?”

The grammatical nightmare that is the That’s was presumably (hopefully) born from a typo or translation error by Honda. The half-sentence is as baffling as it is difficult to mention in conversation. Honda That’s what? Perhaps Honda’s next offering will be called A Shame.

Dictator. Hmm. The mental image it conjures is less of smiling parents strapping the kids in for the school run, and more of a scowling black clad maniac signing a million death warrants with one single flourish of a pen. Studebaker apparently intended the name to imply the car was dictating the standards for motoring, or something. However, the manufacturer had to change the name to ‘Director’ in countries where the idea of whizzing around in a car named after a tyrannical despot was a little close to home. Like Germany.

Isuzu, we have some questions for you. Why is this car mysterious? Are its utilities a secret? Why is it magical? Is it made by wizards, or for wizards? Do you know something we don’t Isuzu?

Not exactly the kind of car you want to show up to a date in, the Rural Nanny also had a city-focussed sibling, the Urban Nanny. The former sounds like a relative you really hate visiting, and the latter sounds like a Britain’s Got Talent grandma rap act.

Fucking hell, Mazda. How on earth nobody in the whole marketing department raised an eyebrow at their vehicle being named after a gargantuan shit is beyond me.

Jazz itself is fine, but the car’s original title, Fitta, was scrapped after hapless marketers discovered that it does in fact mean cunt in Swedish.

Mazda again? Now I’m starting to think they’re doing it on purpose. The car is (apparently) named after Laputa, the flying island in Gulliver’s Travels. Over in Spain however, the name translates to mean ‘the whore’. We know manufacturers have employed some interesting branding tactics over the years, but surely naming your hatchback after a prostitute isn’t the brightest idea.

That concludes my list of the best of the worst car names, and a pattern seems to have emerged. I can only conclude that over in Japan, the head honchos at Mazda are gathered in the board room, huddled round a dog eared English dictionary, giggling and pointing at rude words and throwing them in random combinations.

Expect the Mazda Fleshlight to arrive in the UK next year.

Arrive in a new place, ask some backpackers where to go, and inevitably you’ll be warned of all the tourist hotspots. END_OF_DOCUMENT_TOKEN_TO_BE_REPLACED

When you’re strapped to your backpack and stumbling your way around the globe, your weight fluctuates more than a D-list celebrity’s. It all depends on the country you’re in, and their culture. END_OF_DOCUMENT_TOKEN_TO_BE_REPLACED