Day 8 of my Cuba diary. The misadventures of Trinidad are in the past, my oafish drunkenness is behind me. Things were looking up. Oh, hang on. That’s not true at all. Tits.

Got up this morning with one of those hangovers where you don’t have a clue where you are or what you did the night before. Smiled to myself as the memories returned. Great night.

Had breakfast, said goodbye to the casa host – this one was as lovely as the others but didn’t speak a word of English, which was an unfortunate salt to the slug of our potential friendship. 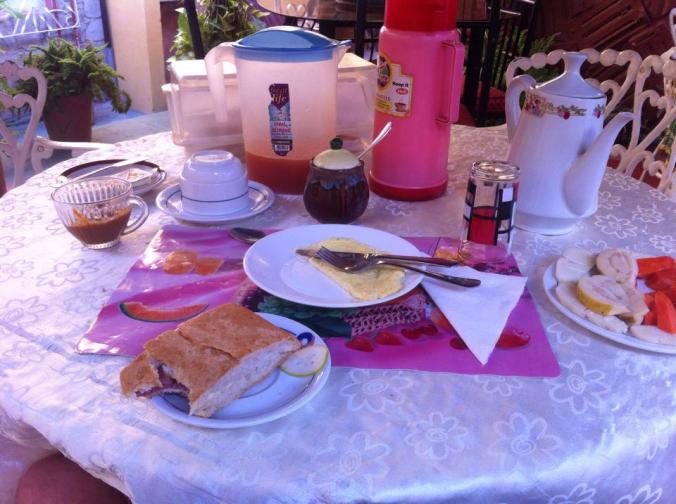 Sat in the park for a while and they local stray dogs started at gathering around me and slumbering at my feet like I was some canine messiah. Or maybe I just smell like a dog. Met the Dutch girls at 11, they were hanging pretty bad. With this in mind I took it upon myself to drag them up the one mile hike to the radio tower in levels of humidity uncommon outside of Atlantis.

We survived the trek, and once again I was treated to the jaw dropping views as a different local to yesterday emerged from the huts and showed us around.

Charged me 2Cucs for a lemonade, the bastard. 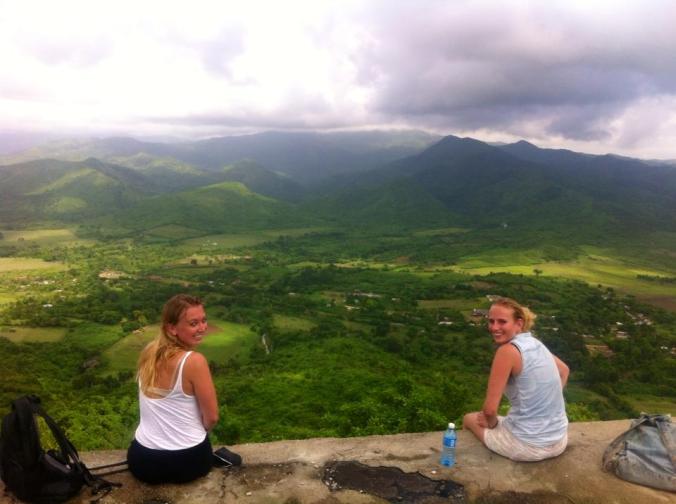 The girls were impressed, and as we headed back down the hill a forgiving breeze picked up, easing our Lee Evans levels of sweat. Back in town, we went to the girls casa to grab my back. Apparently they were already very comfortable with me (I spoke extensively about my girlfriend) because as soon as we were back Royna went to the bathroom for about 15 minutes and eventually emerged to regale me with stories of her poorly stomach.

We went for an ice cream off the plaza mayor and sat in rocking chairs in the back garden of the casa de la musica, hiding from the sun. Needed a poo but couldn’t go because the toilets had no seats, doors, taps or toilet roll. Foiled again.

Said goodbye to the Dutch girls, which is a shame as they were really friendly and talkative (not sarcasm, they really were lovely). Sprawled out in the shade on the steps with my backpack for a pillow and people watched for an hour or so until it was time for the Viazul bus to Cienfuegos at 3pm.

Coach journey was as nonsensical as everything else in Cuba. Driver kept stopping to speak to random people in the street or on country roads, and about an hour into the journey some guy who had previously been sat at the back of the bus decided to come and sit next to me with no explanation offered or any acknowledgement of how bizarre that obviously is.

Cienfuegos has lived up to it’s reputation – that is, mostly wank. After Havana and Trinidad it is just lacking in atmosphere. Maybe it’s better in peak season, but for me as a solo traveller there is nothing to do apart from sit on the malecon and drink rum – which I’ve now learned isn’t the best idea.

Casa is gorgeous. Huge rooms, high ceilings, and a doorstep view of the bay. Female casa owner said goodbye as I headed out, casually enquiring if I would be bringing a prostitute back. I said no. 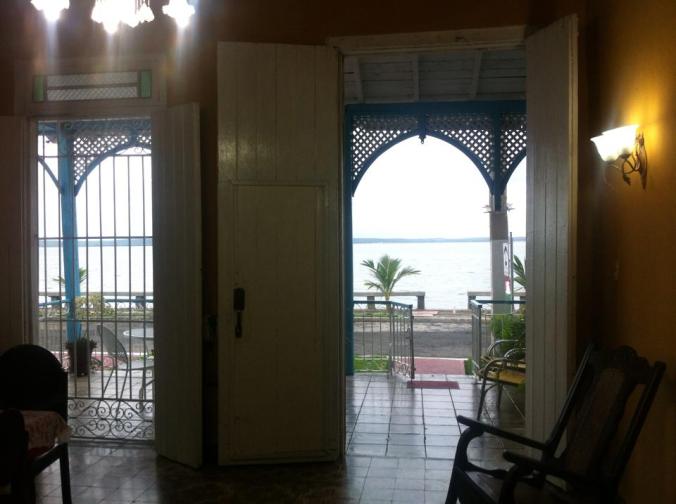 Interesting sites seen along the malecon this evening:

The walk from my casa to the town square, Parque Jose Marti, is about three kilometres. Took me an hour and a half with stops along the way to stare at things. Went into a pizza place and left immediately. From far away it looked nice. Close up it was an unfurnished room with a bright white light and four dirty tables. Wasn’t even cheap. Guy next to me had obviously asked for a pizza with added avocado and had received a pizza base with a whole avocado dumped unceremoniously in the middle.

Found the main square. If you go there now you may still hear my indifferent ‘meh’ reverberating. 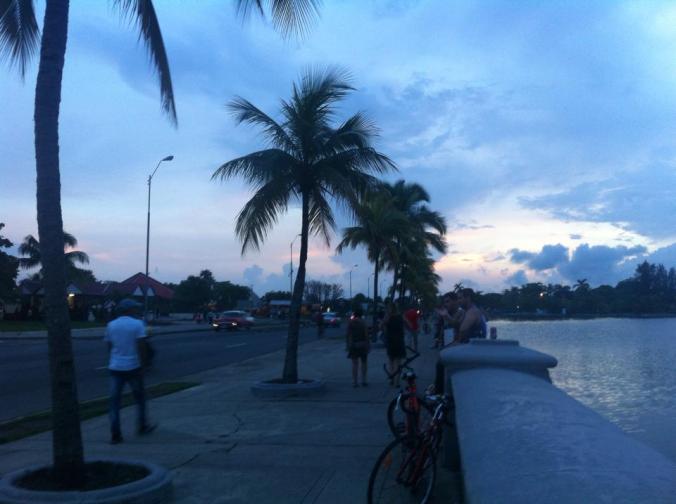 No partying tonight. Money’s running out fast. Found a nice looking restaurant with chilled live music. Got the food menu, but was too expensive. Only had 10cuc on me. When I told the waitress, she smiled and let me in on a secret – there’s another menu. It had all the same food, just a few bob cheaper for everything meal – even up to half price. Menu was in Spanish so just guessed something.

Food looked amazing and tasted better. Not sure how they cooked the chicken, but it was noticeably pink. Asked the smiley waitress and she said it was fine and not to worry. She was so accommodating and sweet that I felt embarrassed to refuse to eat it. Would have asked them to recook it but I’d already eaten half before realising. Ate around the pink and got the bill, terrified of imminent food poisoning.

The more I thought about it, the more I panicked, half from fear of dreadful sickness, half of having to spend another night in Cienfuegos. My stomach was already churning, and I had no intention of hanging around to see if it was just indigestion. Left without waiting for change and had an agonising 25 minute hobble back to the casa along the malecon, racing against time to not explode out of both ends in front of hundreds of sunset watching Cuban lovers.

Got such a love hate relationship with this country. Guess which one today is.

“Turned on the shower. Flicked a switch for hot water. Showered. Went to turn shower off. Got electrocuted.”